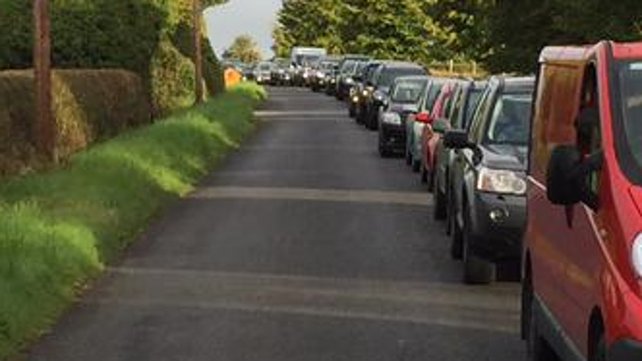 Traffic Chaos at Ploughing in Tullamore!

There are reports of traffic coming to a standstill today in Tullamore resulting in the closure of the ploughing site in an attempt to alleviate congestion.

Pictures appearing on social media show the extent of the traffic which resulted in many exhibitors becoming frustrated as they attempted to get into their stalls. 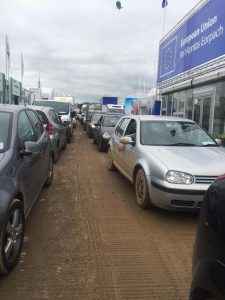 Incoming traffic was stopped from entering the site and drivers approaching were directed into car parks.

There has been some concern among ploughing enthusiasts prior to the events regarding the ease of  accessibility to the site this year compared to other years gone by. 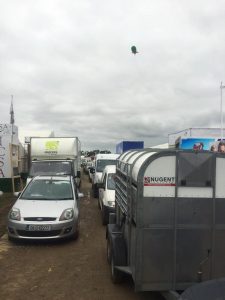 Gardaí had today issued a plea to crowds who plan to travel up from munster areas  to turn off the M8 at Junction 6 (Horse & Jockey) and not to continue along the motorway to Portlaoise.

Traffic turning off at Junction 6 will be assisted by Gardaí on point duty in the towns of Thurles, Templemore, Roscrea and Birr, and will then enter car parks on the west side of the site without going into the town of Tullamore or merging with any other traffic approaching the site.

The following is a link taking you to the National Ploughing Associations Site Map and traffic plans just click on it to follow
.

Take a look at the great ploughing art sent into us from pre-schoolers in Offaly:

The following link will give you details regarding the details about the Kingswood Free Trial on Grass and Field Recording App: