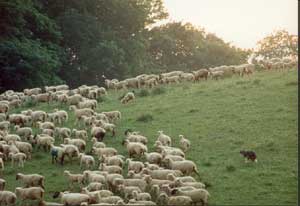 There have been some welcome glimmers of good news for some Irish farmers, giving good cause for optimism in the sheep sector of farming in Ireland.

Minister for Agriculture, Michael Creed, has announced his commitment  to sheep farming with the implementation of a scheme within the  Rural Development Programme to the tune of €25m, which is to be included in Budget 2017. Also announced with regard to this scheme is that electronically tagging lambs with EIDs will not be required. This will come as a relief to sheep farmers as it is expected to save farmers €1/head.

This news will be welcomed by sheep farmers who are also intrigued by the possible inclusion in the recently announced EU aid package for farmers. The aid package is to include all sectors of livestock farming with the exception of pigs yet some farmers are of the opinion that they can see only dairy benefiting.  It remains to be seen whether sheep or suckler farmers will reap some benefits.

In addition to these both promised and possible benefits respectively, the decision by US authorities to consider lifting the prohibition on the import of EU sheepmeat may open up lucrative possibilities for Irish farmers in the US market. While these considerations by the US authorities are still in very early stages, Minister Creed intends to pursue these possibilities vigorously as he stated, ”  our priority now is to submit the necessary technical documentation as early as possible. In the same way as we secured first mover advantage on the beef market access, we will be hoping to do the same on sheepmeat when the time comes.”

While the optimism is swelling for the future of the sheep sector, excitement is palpable for sheep shearers and farmers with the upcoming events and shows on offer.

As we are onto sheep shearing, it is worth giving a notable mention to Matt Smith, pictured below, from New Zealand, who has surpassed the world solo nine-hours ewe shearing record with a tally of 731. 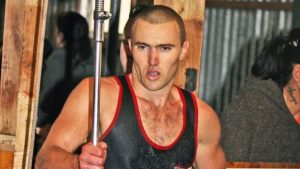 Follow the link below to see Matt Smith perform under pressure.

Also keep an eye out for Irish shearer, Ivan Scott who will be attempting to break the nine hour lamb shearing record.

While we’re looking at a man at the top of his game, there are many hopeful contestants and organisers preparing for the World Championships in Invercargill, New Zealand in 2017. Hoping to help get the team to the World Championships, there will be a sheep shearing competition organised for the 25th of September at the Castledermot, County Kildare Vintage Show.  Anyone who would plan on entering should contact Eileend Coffey 0877138846 before September 19th. Proceeds will go to the Irish teams travel expenses to New Zealand.

If you are a capable shearer and are looking to get yourself more work, we at Irish Farm Services would welcome you to post your availability and skillset to the job seekers section of our website.

Upcoming shows and sales in :

an Tullamore 17th of August.

Competitions, shows and sales make it a busy and vibrant time for sheep farmers and shearers alike, who can look to the future with renewed optimism following recent announcements.