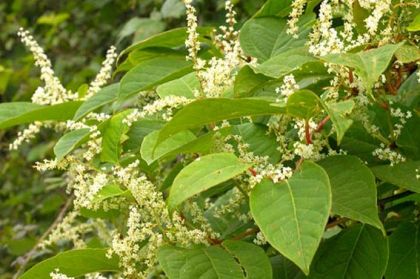 Knot weed may result in refusal of permission to build.

Japanese Knot weed is wreaking havoc with our indigenous plant life and potential developments around the country. This invasive plant could prevent the development of houses on sites as planning can be refused if the plant is present.

The key features of the plant are summarised below: 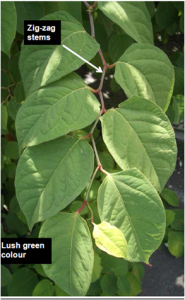 Just recently the presence of the plant resulted in the halting of an €8.7 m housing development in Clonakilty,  Co.Cork which would have delivered 56 houses according to Senator Tim Lombard.

As a result of the plants ability to grow through concrete and tarmac and its extremely wide root system, which can travel 7m from the parent, Japanese knotweed poses a serious long term threat to houses and buildings.

There is also a significant cost involved to have the plant eradicated from an area. In a recent interview Senator Lombard indicated that between £70-£80 million was spent in London to have the plant removed from the Olympic village. Following that colossal spend, the British government have allocated £5 bn to tackle the problem across the country which is expected to save money in  the long run.

In his recent radio interview, Senator Lombard expressed the opinion that there needs to be a national strategy in place to tackle the problem effectively.

“Local authorities in Ireland have struggled to deal with the issue of Japanese Knotweed because the current strategy of all state agencies working individually is not extensive enough to eradicate such invasive plants,” he said.
“The responsibility of dealing with invasive plants comes under the Department of Regional Development, Rural Affairs, Arts and the Gaeltacht, and this issue needs to be dealt with by the Department of Environment, which would have the ability to coordinate the local authorities, the NRA, the Inland Fisheries, and Iarnród Éireann in a national task force.
“To gain an understanding of the magnitude of this issue, all local authorities should carry out a survey on all their lands to record the prevalence of invasive plants such as Japanese Knotweed.
“Once the size of the undertaking is known, a national strategy can be put in place to eradicate this issue so that crucial infrastructure projects, such as the Clonakilty housing project, are not delayed in future.”

This could be an unexpected issue for any body in rural areas who might have been hoping to build on a site. The presence of the knotweed could result in the halting of any building project on that site.

If you identify Japanese Knotweed on your land,site or in your garden, take note of the following:

For more information about Japanese Knotweed click on the following links: